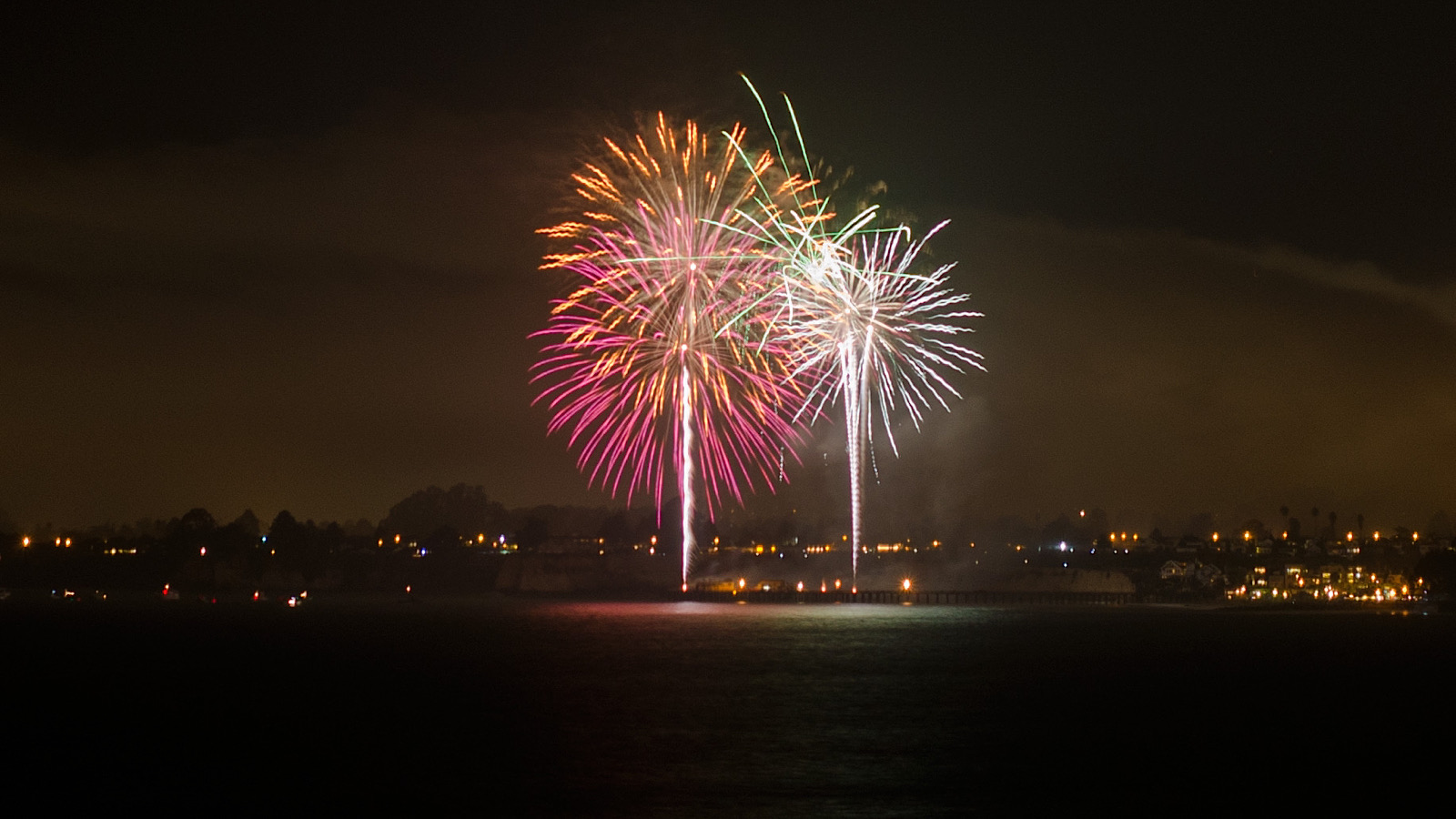 Our new format,” Said Marc Monte, “is working great! No selling tickets, no booths or vendors, no outside entertainment, Just fireworks for everyone to enjoy!”

Capitola Village is the center of restaurants and other visitor-serving businesses. Some of these businesses are voluntarily donating a portion of their sales for the day of the Fireworks Extravaganza to the Monte Foundation, which then donates the proceeds to local projects and schools. By holding the fireworks in Capitola means that the money raised goes to projects in Capitola.

When asked about the impact of moving the fireworks – and fundraising – to Capitola, Monte expressed that he remains dedicated to the Aptos community. “I still give a lot of money through Deluxe and personally to the schools here. It’s not like I’ve abandoned my home.”

“We sign up our sponsors,” said Monte, “And when the day is over, they give us checks for a portion of what they collect. There’s no contract or oversight, just a promise and trust and a great crowd coming out to watch our fireworks for free!” Monte said, “I still get people asking about booths and tickets and musical groups, and I tell them, ‘No, it’s just fireworks. Enjoy the show! Each year it costs about $30,000 for the fireworks, which the foundation pays for. That’s what the Monte foundation does, donates money; it’s a charitable foundation and we are delighted we can help.”

The Rudolph Monte Foundation is named after Marc Monte’s late father and Deluxe Foods of Aptos is the cornerstone of the Monte family generosity.

“When I started at Deluxe, I started at the bottom. If I wanted to own Deluxe someday, I needed to learn the business from the bottom up and graduate from college. Dad would say, ‘No more uneducated grocers in our family! When I proposed a new direction, that the family start giving back to the community through a foundation and the Fireworks Extravaganza, he agreed.”

The Monte Foundation made history in 1996 with the Fireworks Extravaganza, the first-ever countywide school fundraiser.

“It’s a way of ‘Paying it Forward’ by giving back to the community and to young people to help them get a good start. I have the best job in the world,” he shared. “Deluxe, with my management team, pretty much runs itself, and that allows me to focus on my charity work, which is what I love the most. So much of the foundation has my face on it – if something happens to me who replaces me? You know, I don’t have any children… I’d like to see it all continue.”

So pack a snack, bring your beach or camping chair, bring a friend and/or your family and head for Capitola Beach, or the wharf, or the bluffs surrounding Capitola by the Sea and enjoy the wonder, awe and majesty of the Monte Foundation Fireworks Extravaganza above Capitola on Sunday, October 9 at 7:30 p.m. (approx.). And don’t forget the “Ooooooohs” and “Aaaaaaaahs” as you look skyward.